She walks the line. Sets the rules. Then breaks them.
But all she needs is to be dressed in rouge.
Everything you wanted from a matte lipstick.
Lightweight, yet matte and easy to build to create the
exact level of desired coverage.
Comfortable all day long yet couture in its attitude.

First there was The Slim, a full coverage matte finish lip colour that gave a leather effect to lips.

Now, get ready to meet a new member of the Rouge Pur Couture family: The Slim Sheer Matte.

With a medium coverage that is easy to build on, unlike many matte lip colours, it feels lightweight and comfortable, all day long.
Dress your lips in sheer matte rouge; enhance their beauty with a lightweight veil of luminous colour.
The Slim Sheer Matte is the ultimate in understated looks, bringing an air-brushed finish and so-touch feel in 12 outstanding shades, created to form the perfect wardrobe of lip colours, by Global Beauty Director, Tom Pecheux. 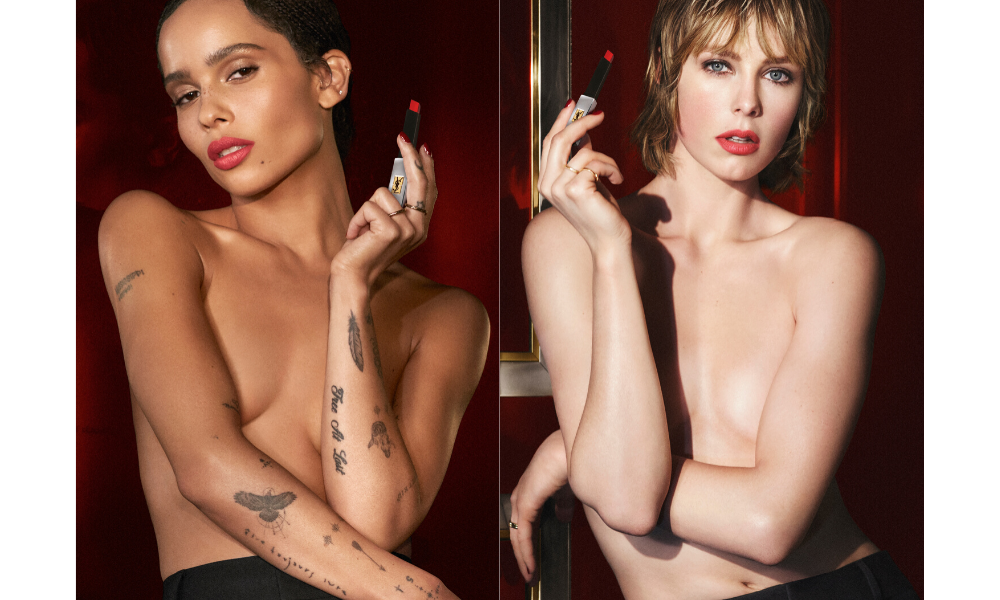 THE SLIM IN SILVER

As slim as a stiletto, The Slim Sheer Matte comes in a new silver casing, distinguishing it from its leather counterpart, The Slim which is encased in gold. Like a mirror, it is handy to use for application, and stylish to pull out of a back pocket or purse.

Enter the YSL Beauté matte lipstick vestiaire, where women dress their lips in Rouge, arming themselves for whatever lies ahead. Sophisticated, subversive, and ready to cross the line, Zoë Kravitz and Edie Campbell,
photographed by David Sims, switch from being fully  dressed in leather, to wearing almost nothing but their rouge.

A duo. A subversive chase. And a series of red lines – sharp laser beams – that must be crossed. Who will get there first?

In an exciting drama filmed by Can Evgin and with makeup by Tom Pecheux, Edie Campbell stars as a sulphurous burglar. Landing in the grounds of a castle in a helicopter, she applies her The Slim Sheer Matte
before making her moves. Inside the castle, another girl applies The Slim. The women move towards one another, ducking the alarm system,  controlled by red light lasers but it’s Edie who has the upper hand, striding with sure steps towards the goal: a white, luminous pedestal in the centre of the room. Even in high heels, she steps coolly over a red beam, dodging another with a shrug of her shoulders. Suddenly she stops in her tracks, spotting her enemy, and the laser passes horizontally over her lips multiplying the sheer eect. The immense room is illuminated suddenly; her enemy sees her, and the pair make a final, fierce grab for the prize. 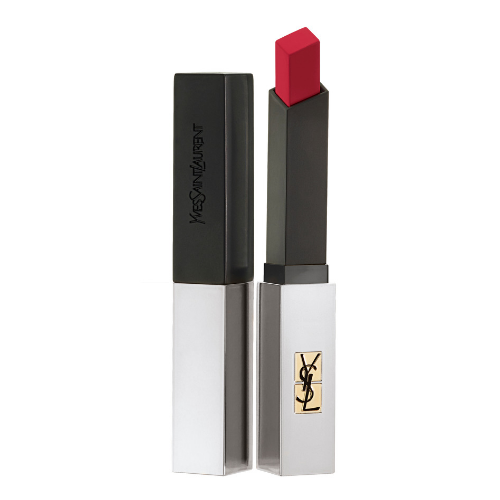 READ THE INTERVIEW OF TOM PECHEUX, GLOBAL BEAUTY DIRECTOR OF YSL BEAUTE ABOUT MATTE COLOUR AND THE NEW YSL THE SLIM SHEER MATTE 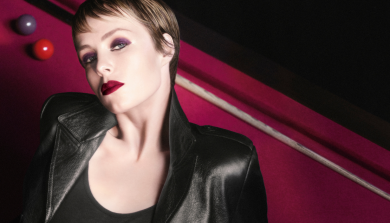 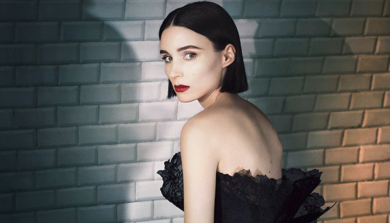 THE NEW L’INTERDIT BY GIVENCHY